The common carotid arteries (CCA) provide the major source of blood to the head and neck. Normally, it gives two terminal branches, external and internal carotid arteries at the level of superior border of thyroid cartilage in carotid triangle [1]. At its origin, it is in the carotid triangle and lies antero-medially to the internal carotid artery (ICA) [2]. External carotid artery (ECA) extends from the level of upper border of the lamina of thyroid cartilage to a point behind the neck of the mandible. During its course it gives altogether eight branches, of which the superficial temporal and maxillary arteries are its terminal branches [3]. ECA provides vascular supply to the structures of head and neck. Branches of ECA develop centripetally starting from the arterial network of that territory and the preferred routes are formed in accordance with the local hemodynamic need. This hemodynamic need may results in various types of variation in branching pattern of ECA [4]. The branches of ECA are the key landmarks for adequate exposure and appropriate placement of cross clamps on the carotid artery. So the knowledge of carotid system is useful to minimize the postoperative complications and in making bloodless surgical field [5].

These anatomical variations were detected during dissection of head and neck region of a middle-aged male cadaver of Nepalese origin in the Department of Human Anatomy, BP Koirala Institute of Health Sciences (BPKIHS), Dharan, Nepal. The meticulous dissection of head and neck was carried out according to the instructions by Cunningham’s Manual of Practical Anatomy (vol. 3, 15th edition). The dissections took place during the year 2014. The body was preserved by the injection of a formalin based preservative (10% formalin) and stored at -4◦ centigrade in cold chamber prior to dissection. CCA and its terminal branches ECA&ICA were identified on both sides. ECA and its branches were traced according to their landmarks to know whether the branching pattern was normal or variant. 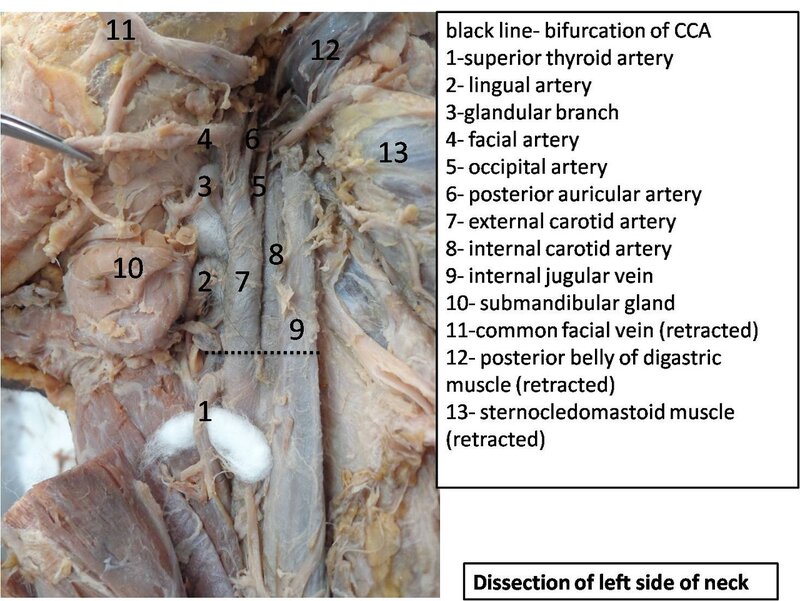 Figure 1. Dissection of left side of neck showing variations in branching pattern of external carotid artery 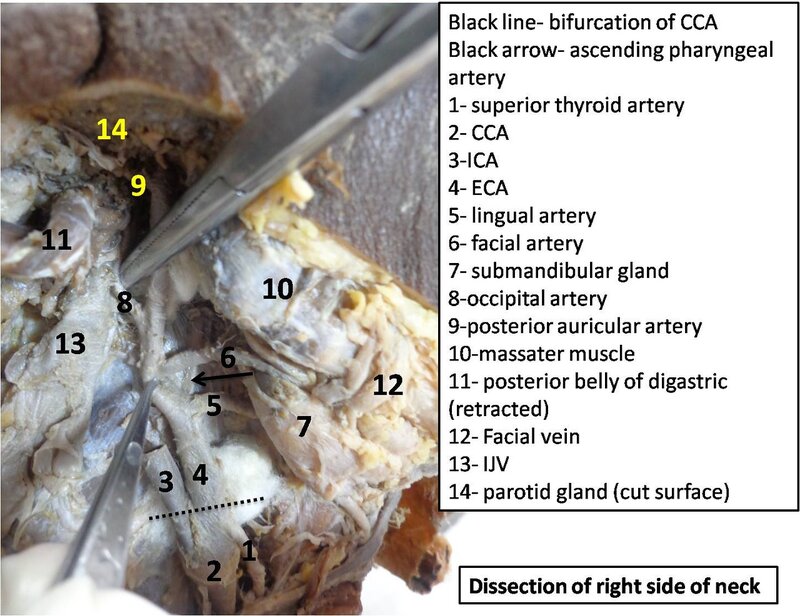 Figure 2. Dissection of right side of neck showing variations in branching pattern of external carotid artery

Development of ECA is a complicated process of angiogenesis and remodeling which includes annexation and regression of vessels. The development of hyostapedial artery which links the neural crest arterial system to the ventral pharyngeal arterial system is an important event in the development of external carotid artery. Signals involved in annexation and regression are not always synchronized which results in various anatomical variations [6]. Well  known variations in branching pattern of carotid system are; common variations being superior thyroid, lingual and facial arteries arising from the common carotid artery, posterior auricular, maxillary and superficial temporal arteries originating from the common carotid artery by a common trunk and facial and lingual artery arises as common faciolingual trunk. In a cross sectional study done by sanjeev et al, among the 37 cadaver, the superior thyroid artery was found to arise from the common carotid in 35.14% of cases [7-10]. A case report was found which showed an anomalous glandular branch arising directly from the ECA, on the medial aspect, 1.2 cm above the bifurcation of CCA. It exclusively supplied the submandibular salivary gland [11]. In a study done by V.R. Anu et al. among 95 cadavers, a case was found to have glandular branches directly given off from the ECA to the parotid salivary gland. They also report about unusual origin and course of the right facial artery which arose from the ECA just above the angle of the mandible and passed directly on to the face crossing the posterior border of mandibular ramus and along the posterior pole of the superficial part of the submandibular salivary gland [12]. For reconstruction purposes, the Facial Artery Musculo-Mucosal (FAMM) flap was introduced. But its use is limited by variations in the course of the facial artery. Therefore, application of knowledge of the precise course and branching pattern of the facial artery is required for construction of FAMM flap and its successful utilization [13, 14].

Authors want to thank all the members of department of anatomy in BPKIHS who directly or indirectly helped us to accomplish this work by helping in lab work and guiding for dissection procedures.