A 4-year male presented with gradually progressive unilateral proptosis of the right eye (RE) associated with watering of eyes since 10 days (Figure 1). There was no blurring or double vision, congestion of eyes, squint or orbital pain. There was no history of trauma, bleeding manifestation, bone pain, weight loss or neurological deficit. Left eye was unaffected. 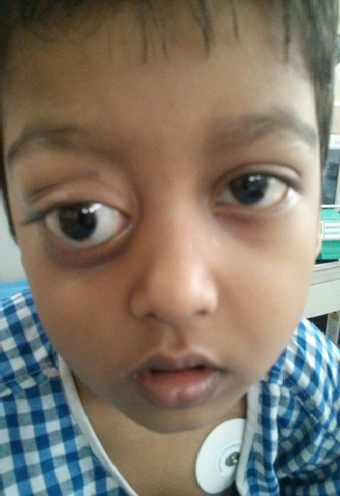 Examination of the RE revealed partial lid closure with proptosis of around 23 mm on exophthalmometry. Fundus was normal and white reflex was absent. Child was pale and had no lymphadenopathy. Abdominal examination revealed 2.5 cm firm, palpable liver and spleen measuring 1cm.

The child was initiated on doxorubicin and cytosine arabinoside and after the completion of two cycles, proptosis regressed and bone marrow showed remission (Figure 2). The patient was advised to follow up for consolidation (intensification) cycles. The parents were counseled about the prognosis and probability of a relapse. 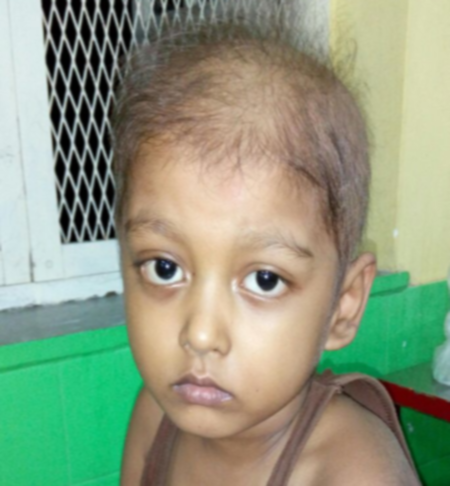 Figure 2. Regression of proptosis after therapy

Proptosis is broadly divided into inflammatory and malignant in origin. Amongst the malignant causes, AML is uncommon and has a good 5- year survival rate of 50-70% if treated appropriately.

A very crucial aspect in management of leukaemic proptosis is the time lag between its occurrence and the beginning of therapy. Most of the reported cases have decreased visual acuity and restricted extra-ocular movements. Our patient had normal vision and eyeball movements perhaps due to an early detection of leukaemia.

Peripheral blood smear is an invaluable tool in diagnosis of AML. It is cheap, handy and instrumental in the diagnostic modality of AML. Once the diagnosis is confirmed with bone marrow biopsy, chemotherapy remains the mainstay of treatment. The prognosis depends on the course of underlying systemic malignancy. If diagnosed and intervened in time, the outcome is rewarding. Most relapses occur during the initial 2 years of therapy and children are followed up till 5 years after the disease. Despite the advances in chemotherapy, an allogenic bone marrow transplantation from a matched donor still remains the best long-term option that provides remission-free survival for most patients [4].

Many thanks to the Department of Pathology and Oncology at D Y Patil Hospital and Medical College for their support.