Helicobacter pylori and type 2 diabetes mellitus: searching for the links

The total number of excess deaths attributable to diabetes worldwide was estimated to be 3.96 million in the age group 20-79 years, 6.8% of global mortality. Diabetes accounted for 6.0–15.7% deaths depending on the country. Thus, diabetes is a considerable cause of premature mortality, a situation that is likely to worsen, particularly in low and middle income countries as diabetes prevalence increases [2].

The latest data link the presance of Hp with the development of several diseases among which are type 2 diabetes mellitus (T2DM), chronic obstructive bronchitis, acute coronary disease, end stage renal disease (ESRD), and others [4-6].

Hp, previously named Campylobacter pylori, is a Gram-negative, microaerophilic bacterium found in the stomach and sometimes can be present in other parts of the body. It was identified and linked to peptic ulcers in 1982 by Australian scientists Barry Marshall and Robin Warren for which in 2005 they were awarded the Nobel Prize in Physiology or Medicine.

There are several mechanism how Hp can affect a host organism. Firstly, the presence of Hp in the body affects the organism by its molecular factors. The most widely studied are proteins cytotoxin associated gene A (CagA) and vacuolating cytotoxin A (VacA), which have been implicated in perturbing host immunological responses [7, 8].

VacA causes a wide variety of disturbances in host cell biology including cell vacuolation, autophagy, inhibition of T-cell proliferation, and induction of programmed necrosis. Secondly, the bacteria itself provokes the host organism to synthesize multiple immune factor such as interleukin (IL)-1β, IL-6, tumor necrosis factor (TNF)-α, transforming grow factor (TGF)-β1, IL-17, IL-18, IL-21 and IL-22 which are involved in gastric mucosal inflammation and general systemic pro-inflammatory state. The systemic pro-inflammatory state is a concept that is present in multiple inflammatory diseases and its presence affects all the systems in the organism [9]. After Hp eradication some of the inflammatory markers tend to lower to their normal levels [10].

Hp also affects iron, foliate, cobalamin (vitamin B-12) metabolism and antioxidant status another path that is linked to multiple target organs and systems [11].

The activation of the immune system also elevated levels of leptin (also known as "hunger hormone"), insulin and peptide YY [12].

Metabolic and inflammatory markers were evaluated in db/db mice and mice with diet-induced obesity experimentally infected with isogenic forms of Hp. Hp infected mice showed a decreased fasting blood glucose level, increased levels of leptin, improved glucose tolerance, and suppressed weight gain. This was associated with the upregulation of gene expression of gastric peroxisome proliferator-activated receptors (PPAR) γ-responsive genes in Hp-infected mice. On the other hand the loss of PPAR γ in immune and epithelial cells in mice impaired the ability of Hp to favorably modulate glucose homeostasis provoking opposite results [13].

Current data demonstrate that Glucagon-like peptide-1 (GLP-1), gastric inhibitory polypeptide (GIP) were significantly lower in mice with Hp when measured at 8- and 16-weeks post-colonization. However, the increase of GIP in germ free mice was not statistically significant. Thus Hp down-regulated the expression of host GLP-1 or accelerates the degradation of incretins (a class of neuropeptides that represent insulin secretion stimulators) [12]. Both of the peptides are implicated in adequate glucose metabolism by the cells.

Thus the exact mechanism how Hp causes T2DM is not clear but multiple mechanisms are implicated in this process and probably each of them separately contributes to the development of T2DM (Figure 1). 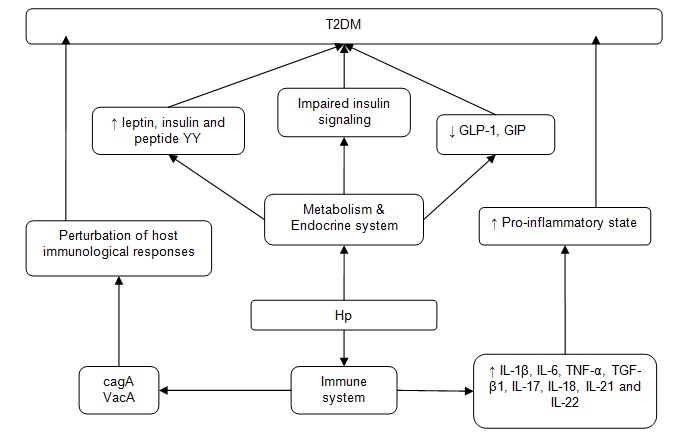 Figure 1. Possible mechanisms that are involved in T2DM development

Metabolic changes in Hp with T2DM

Multiple animal and human studies were performed over the years in order to understand the links between Hp and T2DM [15-17].

In one of the studies the data of 782 individuals aged >60 years and diabetes-free in 1998-1999, whose blood was tested for antibodies to multiple infection agents among which was Hp were followed until 2008 showed that those who were seropositive for Hp at enrollment were 2.7 times more likely at any given time to develop diabetes than seronegative individuals [18].

Body mass index (BMI) was also higher in patients with Hp, but and a high BMI is also associated with an increased risk of the infection [22]. Besides that higher BMI potentiates impaired glucose tolerance in adults [23]. It is early to say if BMI can be affected by Hp seopositivity but the latest data show that this is possible [24].

In a study that involved 2070 participants HP infection was significantly associated with high levels of HbA1c and T2DM in participants above 65 years old and decreased insulin secretion and sensitivity in those under 45 years. Proper screening for Hp infection combined with regular monitoring of blood glucose and HbA1c levels might be effective for the early detection of glucose dysregulation and prevention of T2DM [25].

An analysis performed on 5889 subjects showed that metabolic syndrome was more strongly associated with histologic positivity for Hp than serologic positivity, after adjusting for age, sex, smoking status, alcohol consumption, and economic status. This suggests that the effects of Hp infection on the pathogenesis of cardiometabolic outcomes may be reversible [26].

Thus curent data shows that Hp eradication may improve insulin resistance, atherogenic lipid abnormalities and low-grade inflammation thus preventing coronary artery disease and metabolic syndrome which not always can be accomplished effectively [27]. In a study that involved 211 diabetic patients admitted to the endocrinology clinic data showed that T2DM patients with Hp require higher levels of serum insulin to reach the same degree of glycemic control compared the patients with T2DM and no Hp [28].

The treatment with metformin in T2DM patients with Hp infection demonstrated more gastrointestinal side effects such as abdominal pain, nausea, bloating, and anorexia than those without Hp infection after taking metformin, 44.6% versus 21.8% [29].

Another problem that should be addressed carefully is that the eradication rate of Hp in T2DM patients is lower [30, 31].

Still the links between T2DM and Hp are not always found and there are also opposite results. A meta-analytic approach showed insufficient evidence that Hp infection worsens glycemic control in patients with diabetes [32]. Other studies describe different results that Hp infection was not a risk factor for abnormal glucose tolerance, nor plays a major role in insulin resistance or beta cell dysfunction [33]. A 72 subjects study which involved 55 males, 17 females; aged 63.7 years with T2DM who received eradication therapy for Hp didn’t show any improvement of HbAC1 3 months after treatment [34]. Some authors suggest that the current trend is toward more frequent Hp infections in T2DM but more randomized controlled trials should be done in the future to determine the exact results [35].

Several cross sectional studies on Hp and T2DM showed different results depending on the population, age group and method (Table 1).

T2DM is a disease that is often accompanied with different complications. Still it is presumed that patients who at the same time are Hp positive have a higher risk for developing several of them. Among the complications that can be present in T2DM more often seen in T2DM patients with Hp were muscular (47.2%), gastrointestinal (29.8%), chronic bronchitis (22.4%), nausea (19.9%), anemia (18%), abdominal pain (12.4%), diarrhea (10.6%) and vomiting (7.5%) (41). Many of the pathologies associated with T2DM overlap with Hp probably increasing the risk for associated pathologies (Figure 2). 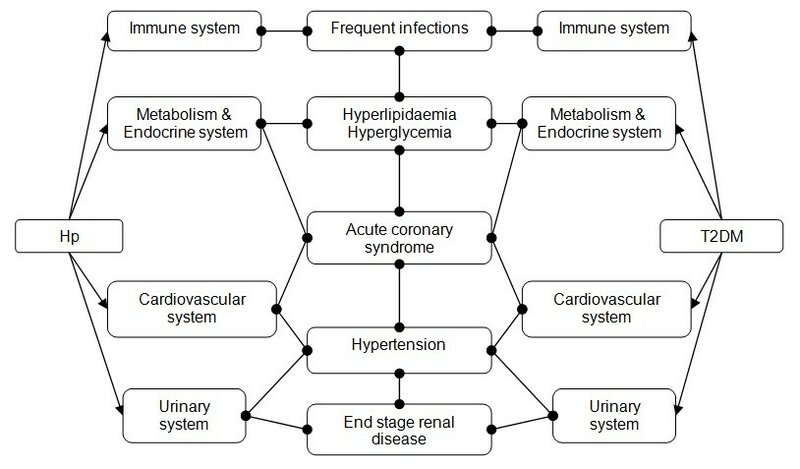 Figure 2. An overlap in Hp infection and T2DM

The results of a meta-analysis suggest a possible relationship between Hp and the risk of nephropathy and neuropathy [42]. Hp seropositivity is independently associated with microalbuminuria, and the prevalence of Hp seropositivity is associated with the severity of urinary albumin to creatinine ratio in diabetic subjects [43]. The frequency of microalbuminuria and fasting glucose levels among patients with T2DM were significantly reduced in the Hp negative group after eradication treatment [44].

A retrospective cohort study in which the Hp-infected cohort comprised 20,068 patients and each participant was frequency-matched by age and sex with 4 individuals from the general population without Hp-infection demonstrated that the incidence of end stage renal disease (ESRD) was 3.72 times greater in the Hp-infected cohort than in the non-infected cohort. The risk of ESRD markedly increased in patients with Hp infection combined with at least one of the following comorbidities: hypertension, diabetes, hyperlipidaemia and coronary artery disease [45].

There is data that presence of Hp in the organism also elevates the risk for other comorbidities such as obstructive pulmonary disease, idiopathic pulmonary fibrosis, gestational diabetes, etc. [4-6].

Hp is an infectious disease that is associated with gastric pathologies such as gastric ulcers and gastric cancer. Still the curent evidence also links its presence with T2DM. Several possible conclusions can be made based on the curent data:

Further studies in this area may proove or disproove the this theory but until then patients who have Hp should be evaluated and closely monitored for prevention of metanolic changes.