Anomalies and variations of development have special clinical importance and sometimes can be overlooked or misdiagnosed by medical specialists.

Based on the current data in the literature [2] the SSN can be classified into several groups based on the shape of the inferior border of the incisura and a comparison of the vertical and transverse diameters of the SSN:

Some of these types of anatomical variations can predispose people to suprascapular nerve trauma.

The suprascapular foramen can be classified in band and fan-shaped based on its form. The clinical significance is that the band-shaped type is more common and reduces the space below the ligament to a significantly greater degree [3].

During a routine bone examination we observed that the right scapula of a 65 years old male cadaver presented a superior border without a suprascapular notch and with two foramena in its place. The length of the superior border, from the base of the coracoid process to the medial angle, was 6.5 cm; the length of the medial border, from the medial angle to the inferior angle, was 17.5. cm; while the lateral border, from the infraglenoid tubercle to the inferior angle of the scapula, was 15.2 cm. The width was 10.2 cm and 5.8 cm in the superior third and the inferior third, respectively. The suprascapular notch was absent and instead two foramena are present each about 4*7 mm in diameter (Figures 1 and 3). There were no other anomalies of the scapula (Figures 1-3). 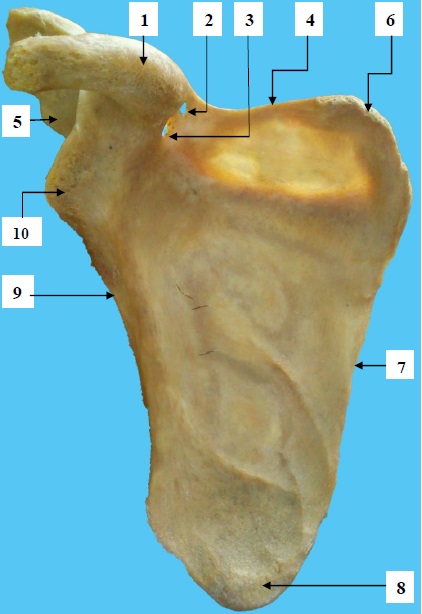 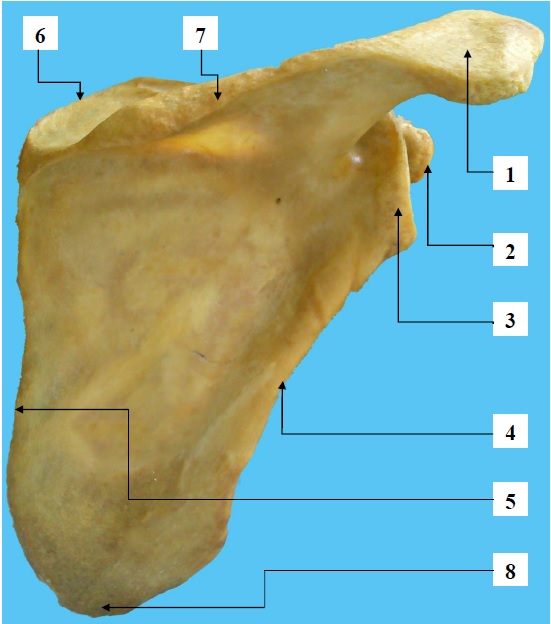 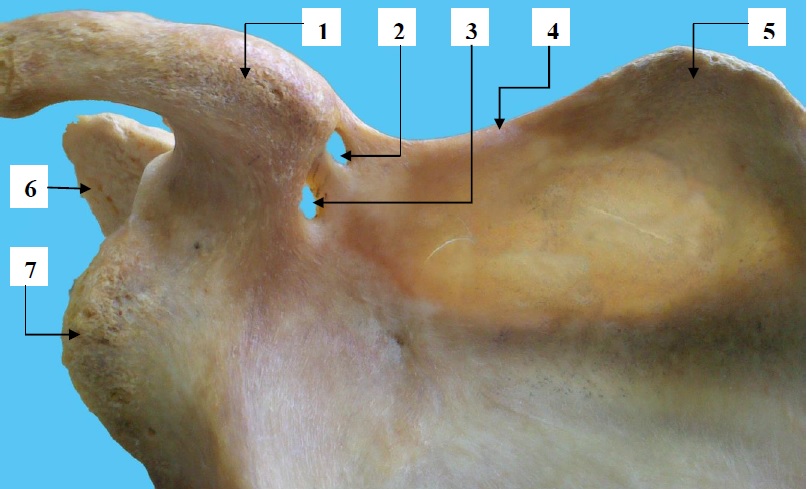 Suprascapular neuropathy causes shoulder pain and weakness and can be frequently overlooked by medical specialists. This condition was described for the first time by Kopell and Thompson in 1953 [7]. Since then it became an increasingly recognized condition with every year by medical specialists. Structures that surround this nerve can cause its compression and damage. One of the predisposing factors of this neuropathy is an ossified STSL [8]. STSL in approximately 3.1 % of cases can be bifid and have variations of development [9].

There were few incidental cases of a double foramen described in the literature [4-6]. Several hypotheses were proposed by Polguj and colleagues [4] to explain such developmental variation: