romj-2016-0202.pdf
Abstract:
Aim ― The present study aimed to detect mecA and staphylococcal cassette chromosome mec (SCCmec) types in methicillin-resistant Staphylococcus aureus (MRSA) isolates obtained from various clinical samples in two university hospitals. It was also aimed to make comparison amongst the isolates. Materials and Methods ― A total of 99 MRSA strains isolated from various clinical samples between 2011-2015 were included in the study. Bacterial deoxyribonucleic acid (DNA) was extracted from Staphylococcus aureus strains using GF-1 DNA extraction Kit (Vivantis, Malaysia). mecA gene were detected, and SCCmec cassette types were determined by multiplex polymerase chain reaction (PCR) first, and following specific PCR. Specific MRSA strains such as COL type I, PER3 type Ia, and HU25 type IIIa were used as the quality control strains for optimization of multiplex PCR. The amplification products were electrophoresed using agarose gel electrophoresis in TAE buffer (mixture of tris base, acetic acid and ethylenediaminetetraacetic acid). Results ― mecA gene was detected in 60 Staphylococcus aureus isolates, and these were identificated as MRSA. Amongst the MRSA strains, SCCmec type III was the most frequent cassette type (42 isolates, 70.0%). SCCmec type I was detected in 27 isolates (45.0%), type II was in 26 isolates (43.3%), and type V in 23 isolates (38.3%). Conclusion ― In the present study, the most frequent cassette was detected as SCCmec type III in concordance with the studies conducted in Turkey and in some regions in the world. In conclusion, determination of epidemiological and molecular characteristics of MRSA strains has critical importance because of the difficulties in the treatment and of the nosocomial infections and epidemics they caused. The data obtained would contribute to the preventions in terms of epidemiology.
Keywords:
Staphylococcus aureus, methicillin-resistant Staphylococcus aureus, staphylococcal cassette chromosome mec
Cite as:
Copur-Cicek A, Dinc-Patlak R, Sandalli C, Mengeloğlu Z, Kostakoglu U, Yildiz IE. Determination of the staphylococcal cassette chromosome in methicillin-resistant Staphylococcus aureus strains isolated from various clinical samples. Russian Open Medical Journal 2016; 5: e0202.

Methicillin-resistant Staphylococcus aureus (MRSA) was first reported in United Kingdom in 1961, just after the description of methicillin. Staphylococcus aureus is a Gram-positive coccus naturally found as a normal flora member of skin, nose, andmouth. Spread of MRSA has been a growing issue in whole world. Multiple resistance of MRSA isolates makes the treatment of the infection harder. In those infections, only a few antibiotics can be used [1-3].

MRSA strains have penicillin binding proteins (PBPs) such as PBP2a and PBP2’. PBP2a shows lower affinity to beta-lactam antibiotics in comparison to the other PBPs. PBPs are peptidases linked to the membrane, and play a role in combination of the peptidoglycan in the cell wall. PBP2a is encoded by mecA gene that is found in all methicillin-resistant staphylococci [3-5].

SCCmec cassettes have differents types in the hospital- acquired (HA) or community-acquired (CA) strains. SCCmec types I, II, and III are usually found in HA-MRSA isolates, and types IV and V are found in CA-MRSAs [4-6].

The present study aimed to detect mecA and SCCmec types in MRSA isolates obtained from various clinical samples in two university hospitals. It was also aimed to make comparison amongst the isolates.

A total of 99 MRSA strains isolated from various clinical samples in the Recep Tayyip Erdogan University (Medical Microbiology Departments, Faculty of Medicine) (61 isolates), and the Abant Izzet Baysal University (Faculty of Medicine) (38 isolates) between 2011-2015 were included in the study. The isolates were frozen until the study at -70°C. Only one isolate per patient was included. The frozen strains were thawed, were inoculated onto blood agar media and were incubated overnight at 35°C. The colonies growth were confirmed to be Staphylococcus aureus using the conventional tests such as Gram staining, catalase, and coagulase. Methicillin-resistance of the strains were confirmed using disk diffusion method with cefoxitin disk (30 µg, Oxoid, England) according to the criteria of the Clinical and laboratory Standards Institute [7].

A total of 99 strains isolated from various clinical specimens were included in the study. Two of them could not be confirmed as S. aureus, and were excluded. A total of 82 of the rest 97 strains (84.5%) were isolated from inpatients, 46 strains (47.4%) were from women. The mean age was 56.3±13.45 years. The distribution of methicillin-resistance according to inpatients or outpatients is shown in Table 1. Antibiotic resistance profiles are demonstrated in Table 2.

The MRSA strains isolated from tracheal aspirate (17 isolates), blood (15 isolates), wound (9 isolates), and other specimens (19 isolates) such as urine, nasal culture, abscess, and catheter were used. A total of 45% of the isolates were obtained from the intensive care units, 20% were from surgery clinics, 12% were from infectious diseases, and the rest 23% were from the other clinics. 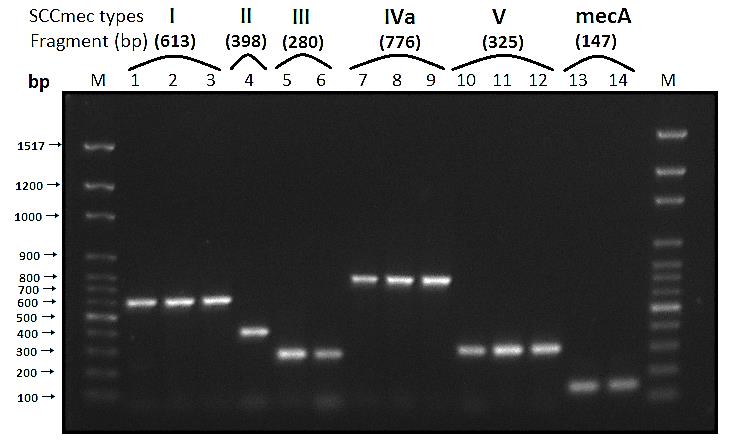 Table 1. Distribution of SCCmec types according to inpatients and outpatients

Staphylococcus aureus is amongst the major nosocomial pathogens that causes severe infections including osteomyelitis, pneumonia, endocarditis, food poisoning, surgical wounds, and septicemia. Because the resistance problems, the treatment of this agent, particularly MRSA-caused infections, is becoming harder and more expensive [6,8].

Determination of molecular typing of the strains can provide very useful information for management of the infection and a possible outbreak, and nosocomial transmission. There are few molecular methods available for bacteria. Amongst those, SCCmec typing, as used in the present study, is a useful tool for determination of the resistance mechanisms in MRSA strains [4, 6, 8].

In the present study, the most frequent cassette was detected as SCCmec type III in concordance with the studies conducted in Turkey and in some regions in the world. Some recent studies report SCCmec type III as the most frequent type isolated from hospital-acquired infections. This can be explained as the studies conducted on the MRSA strains mostly isolated from nosocomial infections, as the present study [12, 13].

Determination of epidemiological and molecular characteristics of MRSA strains has critical importance because of the difficulties in the treatment and of the nosocomial infections and epidemics they caused. The data obtained would contribute to the preventions in terms of epidemiology.

Conflict of interest: None to declare.