Accessory liver fissures: a report of two cases and review of their clinical significance

The advances of our knowledge of the anatomical structure of the liver led to the development of complicated interventional procedures that became more widely used in the last decades. Successful realization of surgical procedures depends on the detailed knowledge of the variations and anomalies of the liver [1]. Accessory liver fissures (ALF) are one of these anomalies that can lead to complications during and/or after diagnostic and surgical procedures.

The first description of ALF is probably attributed to Zahn in 1882. The so-called “Zahn grooves” can be found on the diaphragmatic liver surface and predominantly on the right liver lobe. This condition was explained by anatomical variability and the effects of pressure of the ribs and/or the diaphragm muscle [2]. Chronic lung conditions (chronic obstructive pulmonary disease, asthma, chronic bronchitis, pulmonary tuberculosis etc.) with cough as the predominant symptom could explain diaphragm hypertrophy, which leads us to another name for this condition - “Cough furrows” [3]. Later, it was demonstrated, that these fissures are encountered frequently, so they do not represent a rare finding [4]. Another condition from the previous era that can cause ALF is prolonged wearing of a corset – “Corset liver” or “Ribbed liver” [5]. Thus, the presence of the fissures on the liver surface may indicate an underlying condition.

The incidence of some of these findings is high and this should be taken in consideration by healthcare providers to avoid misdiagnosis.

During the dissection of two abdominal organ complexes, we identified two cases of ALF. 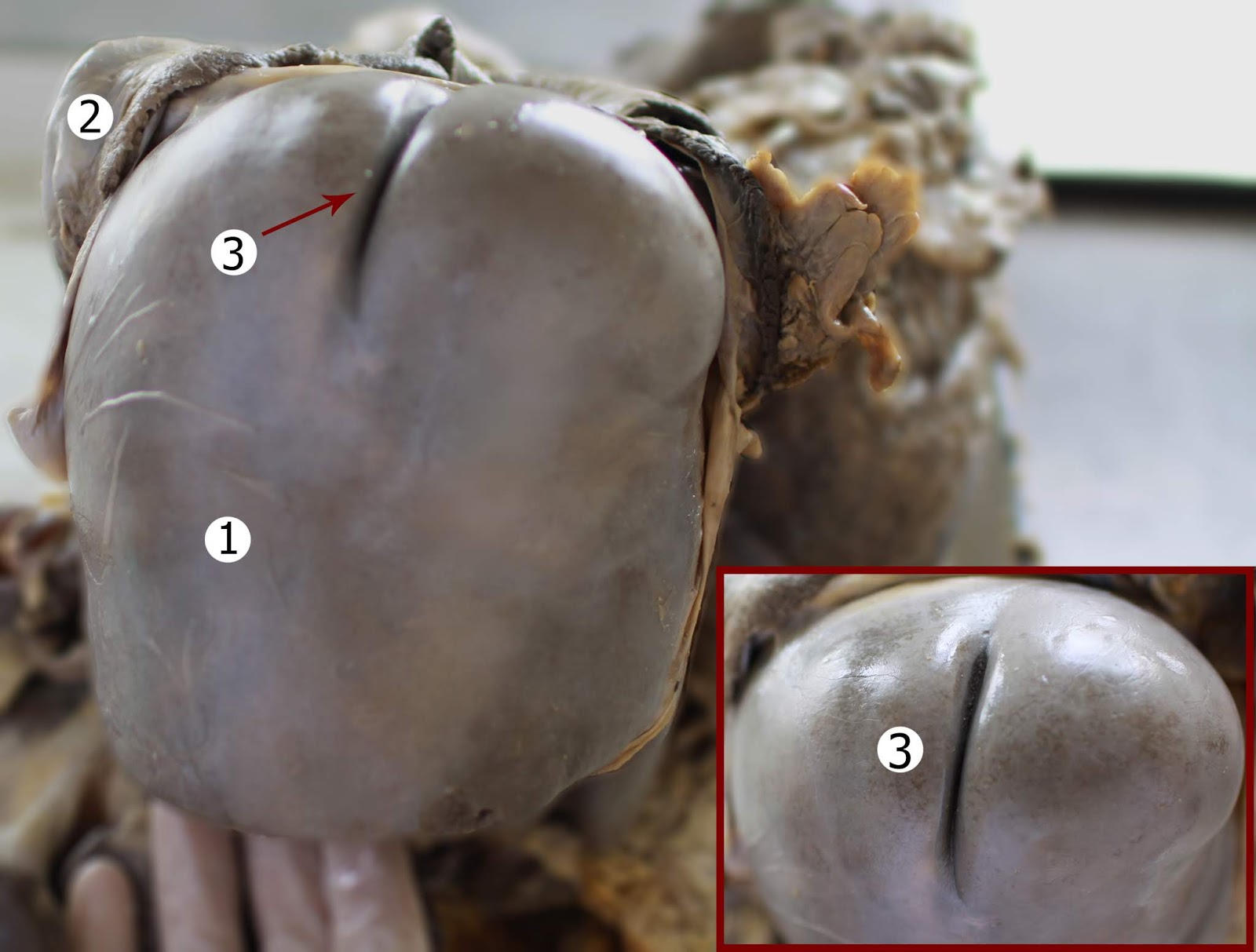 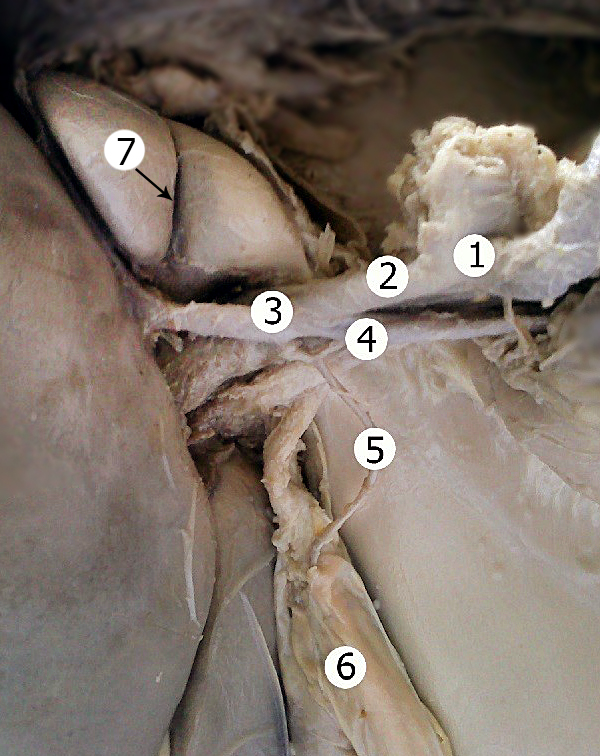 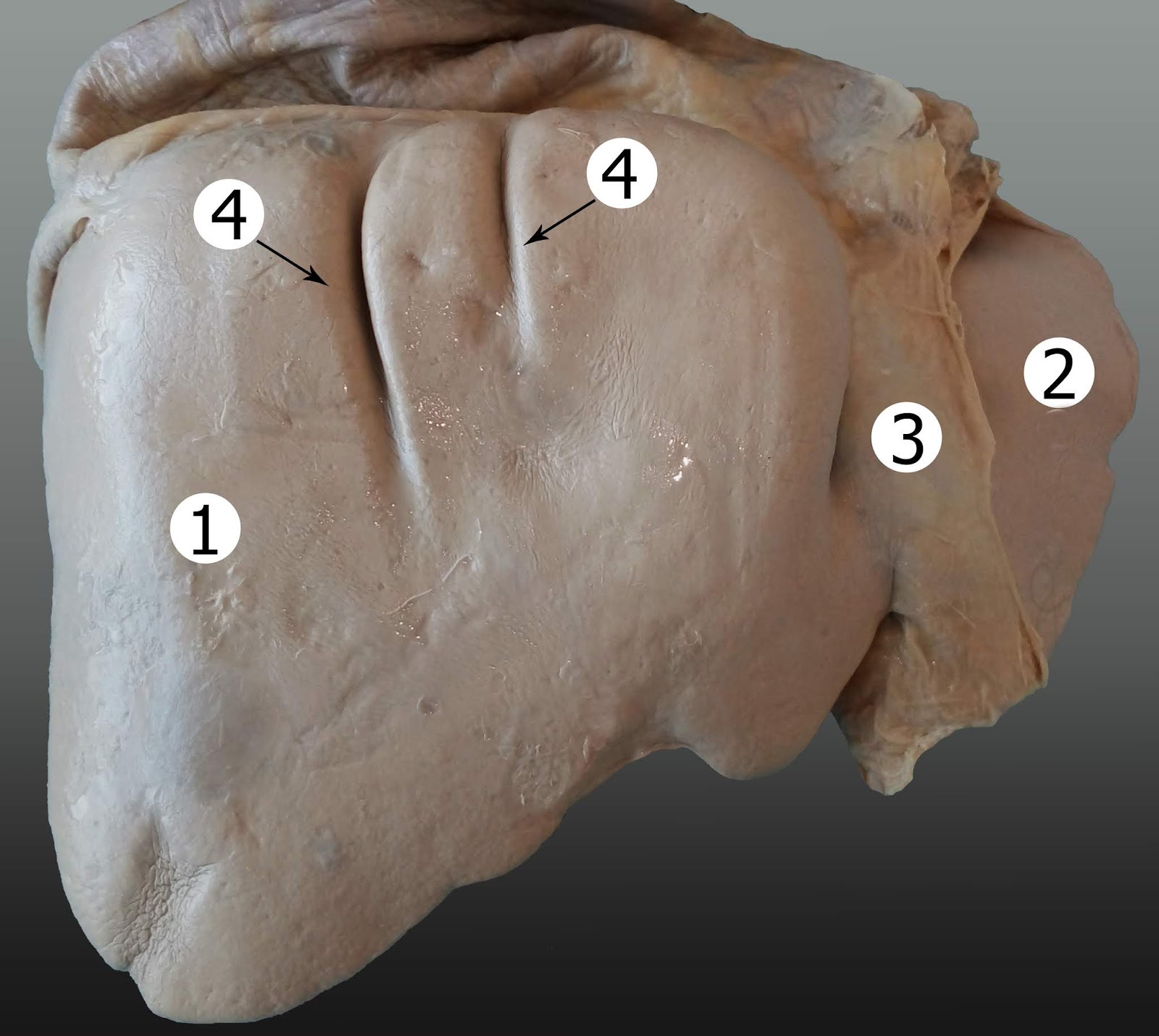 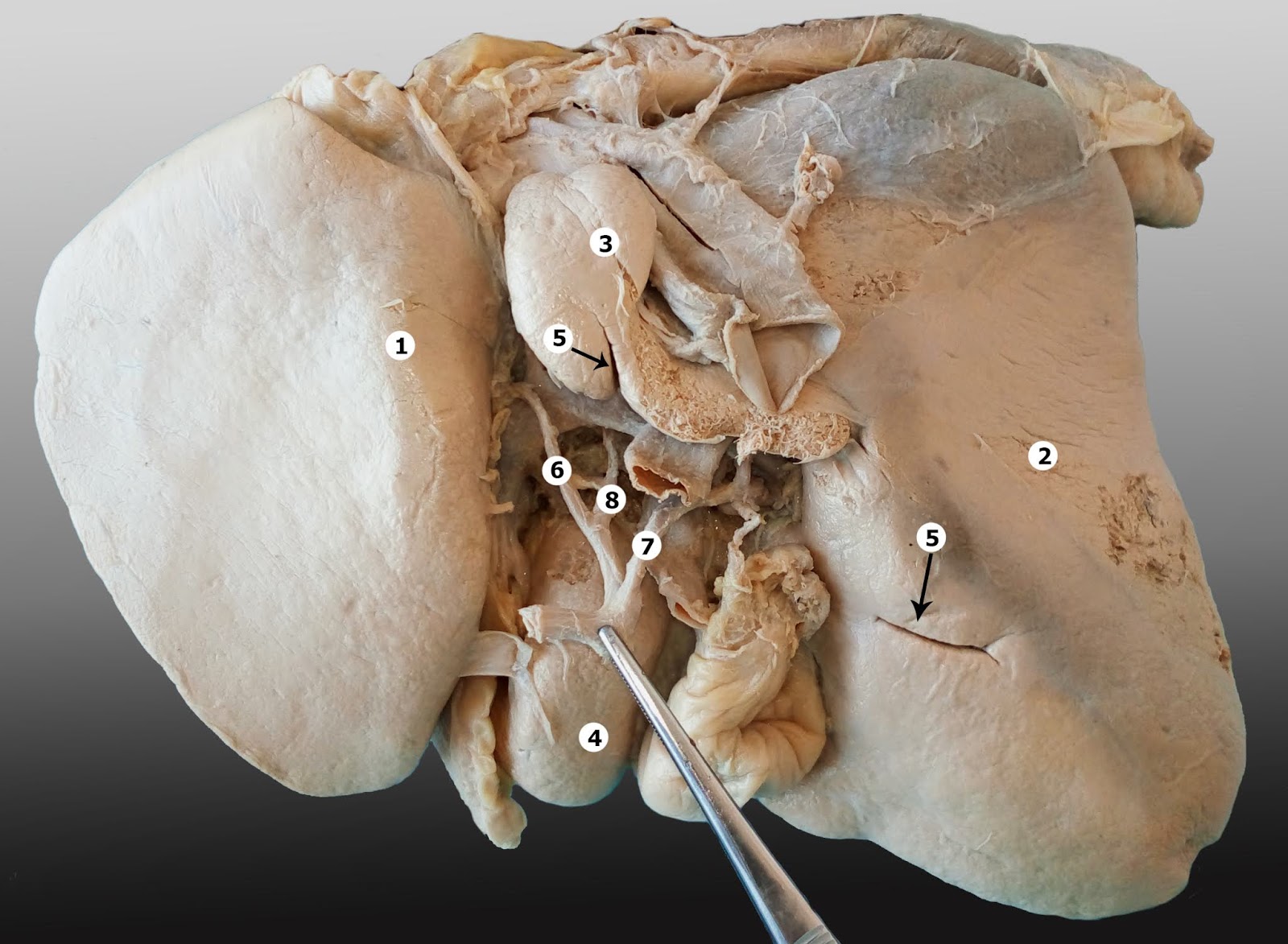 The incidence of ALF is high and this should be taken in consideration by healthcare providers to avoid misdiagnosis.

ALF can be present on any lobe of the liver. It seems that they are more frequently encountered on the right lobe, followed by quadrate lobe [6]. Interestingly, they can be seen in 6-53% of cases, although, the data about this anomaly is not abundantly present in the literature [6, 7]. ALF are in 47% multiple (from 2 to 6) [8, 9]. Their frequency increases with age, approaching 70% in the seventh and eighth decades. Their depth may equal or exceed 2 cm in one-third of cases [10].

Macchi and coworkers demonstrated by radiological images and corrosion casts that there is a correspondence between sulci and the right hepatic vein and the right portal fissure in 71% of cases. Thus, the main accessory sulcus develops along a theoretically predictable course, corresponding to the superficial part of the right portal fissure. This area may represent a watershed between the roots of the tributaries of the hepatic veins, coming from segments VIII and VII, draining respectively into the middle and right hepatic veins [8]. The reason for this is, probably, the pressure, exerted by the diaphragm as a whole but not by the individual hypertrophied branches [9].

Although there is limited data on this frequently encountered anomaly the extent of its clinical significance is impressing.

When ascites, hemoperitoneum, or infected ascites is located in the fissures, it may be mistaken for a liver cyst, intrahepatic hematoma, or liver abscess. When peritoneally disseminated tumor cells are implanted into these spaces, they may mimic intrahepatic focal lesions [11].

This condition can also mimic liver malformations, nodules and sometimes tumors [10, 12]. It can also cause alteration of hepatic perfusion resulting in pseudolesions on computed tomography [13].

Finally, in cases of abdominal trauma, imaging studies or direct palpation of sulcus during laparotomy may give a false impression of a liver laceration [3]. The presence of ALF may also be the reason for unnecessary surgical procedures.

We presented two cases of ALF with a review of their clinical significance in medical practice. Taken in consideration the incidence of this finding, as well as limited data on the subject it is important for physicians to be aware of this variant of development.