The effect of intrauterine hypoxia on testicular reproductive function

romj-2021-0204.pdf
Abstract:
Goal — to assess the effect of antenatal hypoxia of various origins on the morphology and reproductive function of the testes of newborn and mature rats in experiment. Material and Methods — In experiments 15 white outbred female rats aged 4 to 10 months with a weight of 200±30 g were used. Laboratory animals were randomly divided into 2 experimental and 1 control groups, 5 females each. The first group underwent normobaric hypoxia throughout pregnancy (21 days). Hypoxia modeling was conducted in accordance with the method of N.N. Karkishchenko (2010). The second group underwent hemic hypoxia during the second and third week of pregnancy, in accordance with the method of L.M. Sosedova (2012). The third (control) group was not exposed to any effect throughout pregnancy. Results — in the testicles of newborn rats of the experimental groups, the decrease of tubule diameter was observed, the increase of stroma area and development of interstitial edema were noted. In the group of hemic hypoxia, a significant decrease in the number of Leydig cells was noted. In the tissues of the testicles of mature rats, who underwent antenatal hypoxia, a decrease of tubule diameter, a significant decrease in the spermatogenesis index and a decrease of spermatogonia number were noted. The developed damage of spermatogenic epithelium in experimental groups of newborns and mature rats was confirmed by marked expression of the apoptosis marker (Bax), weak expression of proliferation markers (Ki-67) and receptor of receptor of fibroblast growth factor (FGFR). Conclusion — in animals with chronic hypoxia of various origins, there is an inhibition of spermatogenesis and a violation of the spermatogenetic function of the testicular seminiferous tubules.
Keywords:
testis, male infertility, antenatal hypoxia, receptor of fibroblast growth factor
Cite as:
Palatova TV, Bucharskaya AB, Medvedeva AV, Voronina ES, Pakhomy SS, Maslyakova GN. The effect of intrauterine hypoxia on testicular reproductive function. Russian Open Medical Journal 2021; 10: e0204.

Infertility is a severe pathology that affects about 70 million people worldwide. The World Health Organization (WHO) estimates that 9% of couples worldwide struggle with fertility problems, with 50% being male infertility [1].

Fetal hypoxia is one of the most common complications of pregnancy and childbirth [2]. However, at present, the role of hypoxia in the development of the reproductive system of the fetus remains controversial [2, 3].

It is difficult to carry out a comparative analysis in dynamics on clinical material; therefore an attempt was made to simulate variants of intrauterine hypoxia and to study its effect on the reproductive system in an experimental model.

Goal of the study – to assess the effect of antenatal hypoxia of various origins on the morphology and reproductive function of the testes of newborn and mature rats in experiment.

The Manual on experimental (preclinical) study of new pharmacological substances [5] and "The guide to laboratory animals and alternative models in biomedical researches" [6] were based on the development of the experimental research model. Work with laboratory animals was conducted in accordance with the Geneva Convention on the “International Principles of Biomedical Research using Animals” (1985) and the Helsinki Declaration (2000) on the humane attitude to animals.

The experiment was performed on 15 healthy white male rats weighing 180-260 g, obtained from the vivarium of the Saratov State Medical University n a V.I. Razumovsky. Animals received a standard diet once a day, with free access to water. Animals were randomly divided into 2 experimental and 1 control groups, 5 females each. The first group underwent normobaric hypoxia throughout pregnancy (21 days). Hypoxia modeling was carried out in accordance with the method of N.N. Karkishchenko (2010) [6]. The animals of the experimental group were placed under a glass cover and stayed there until symptoms of hypoxia (frequent intermittent breathing, passive state) became visible. This experiment was conducted daily until the onset of labor. The second group underwent hemic hypoxia during the second and third week of pregnancy, in accordance with the method of L.M. Sosedova (2012) [7]. From the 10th to the 19th day of pregnancy, rats were injected daily with a sodium nitrite solution at a dose of 50 mg/kg. The third (control) group was not exposed to any effect throughout pregnancy. The timing of pregnancy began when spermatocytes were found in the vaginal smears of rats.

After delivery, there were 91 individuals in the litter, 27 in the first group, 11 of them males, 29 in the second, 10 of them were males, only 35 were in the control group, 18 of which were males.
To study the effect of chronic intrauterine hypoxia in the long-term period, 5 males were selected from each group. All individuals were kept under standard vivarium conditions until maturity (90 days). At the onset of puberty, male rats were removed from the experiment by decapitation. The remaining 55 newborn pups were withdrawn from the experiment by cervical dislocation.

The testicles of rats were fixed in buffered neutral 10% formalin; dehydrated in a battery of alcohols of ascending concentration, poured into paraffin. Sections of testicles 4 to 5 μm thick were placed on objective glasses and dewaxed according to the conventional standard procedure. Sections were stained with hematoxylin and eosin and used for immunohistochemical (IHC) staining.

After dewaxing and rehydration of paraffin sections, an IHC study was performed according to the immunohistochemical staining protocol. As a visualization system, REVEAL-Biotin-Free Polyvalent DAB (Spring Bioscience, USA) was used. REVEAL—Biotin-Free Polyvalent DAB kit (Spring Bioscience, USA) was used as the detection system, and diaminobenzidine (DAB) was used as the chromogen. The following antibodies of Abcam (UK) were used in the work: Monoclonal Rabbit Anti- Ki67 (1:100 dilution); Monoclonal Mouse anti Bax antibody (1:50 dilution), Polyclonal Antibody to Receptor of fibroblast growth factor 2 (1:10 dilution).

Evaluation of immunohistochemical reactions was based on a visual assessment of the staining intensity and counting the number of immunopositive (positive) cells.

In the statistical analysis of the results, we used IBM SPSS Statistics 24.0, Microsoft Office Excel 2007 software packages. When checking the sample sets of the studied quantities for the normality of the distribution by the Kolmogorov-Smirnov method, it was found that the distribution of the studied parameters is different from the normal one, therefore, for comparative analysis, non-parametric statistics methods were used with calculation of the median, interquartile range, significance levels of differences between groups according to the Mann-Whitney criterion and Fisher. Differences were considered statistically significant at p <0.05.

Morphological characteristics of the testicles in newborn rats

During a light microscopy survey of testicular tissue of the control group, a thick connective tissue capsule was determined from the outside. The convoluted seminiferous tubules had an oval and rounded shape. Cells in the tubules were located randomly, there was no clearance. A soft-fibrous connective tissue was located between the tubules (Figure 1A). Under microscopy of testicular tissue of the 1st experimental group (normobaric hypoxia), the morphological picture did not differ significantly. Individual spermatogenic epithelial cells were vacuolated. Some sparseness of the tubular apparatus due to fibrosis and peritubular edema was noted (Figure 1B). In testicular tissue of the 2nd experimental group (hemic hypoxia), the tubules were reduced, marked stromal edema was noted, the basement membrane of individual tubules was fragmented and fuzzy. Some fields of view were represented only by stromal component tubules were absent (Figure 1 C). Morphometric indicators are shown in Table 1.

Table 1. Morphological characteristics of the testicles in newborn rats

According to the results of the non-parametric Mann-Whitney test, significant differences were revealed between the 1st and 3rd groups according to the following parameters: tubule area, stroma area, number of tubules in the field of view. When comparing hemic hypoxia with the control, significant differences were revealed in such parameters as the diameter of the tubules, the area of the tubules and the area of the stroma, the number of tubules, the number of vessels, and the number of Leydig cells.

Table 2. Expression of immunohistochemical markers of the testicles in newborn rats.

φ * is the empirical value of the Fisher test

Morphological characteristics of the testicles in mature rats

In control group, the testicle was surrounded by a dense protein membrane consisting of collagen and elastic fibers, which were located between which fibroblasts and fibrocytes. The convoluted seminiferous tubules had a round, oval and polygonal shape (Figure 2A). The diameter of the tubules ranged from 0.21 to 0.25 mm (median 0.23 mm). In the lumen of the tubules, on the basement membrane, there were sustentocytes and spermatogenic cells at various stages of differentiation. Almost all of the seminiferous tubules contained cells of the germinogenic epithelium at all stages of maturation, including spermatocytes. The number of spermatogonia in one tubule ranged from 53 to 69 (median 56 in the tubule). The spermatogenesis index was 4 (Table 3).

Table 3. Morphological characteristics of the testicles in mature rats

In the first experimental group (normobaric hypoxia), foci of destruction of the basement membrane, interstitial edema, degenerative changes in spermatogenic epithelium, and karyopicnosis were noted. The diameter of the tubules fluctuated slightly, the median was 0.21 mm. The number of spermatogonia varied from 48 to 63 (median 47 in one tubule), the spermatogenesis index was 3 units.

In the second experimental group (hemic hypoxia), an increase in pathological changes was noted: the diameter of the convoluted tubules was reduced, and in the part of spermatogonia, dystrophic changes in the form of vacuolization of the cytoplasm. In some tubules, inhibition of spermatogenesis was observed (Figure 2C). During morphometric analysis, the diameter of the tubules ranged from 0.151 to 0.173 (median 0.159 mm), the number of spermatogonia ranged from 38 to 51 (median 47), and the spermatogenesis index was 3 (Table 3). 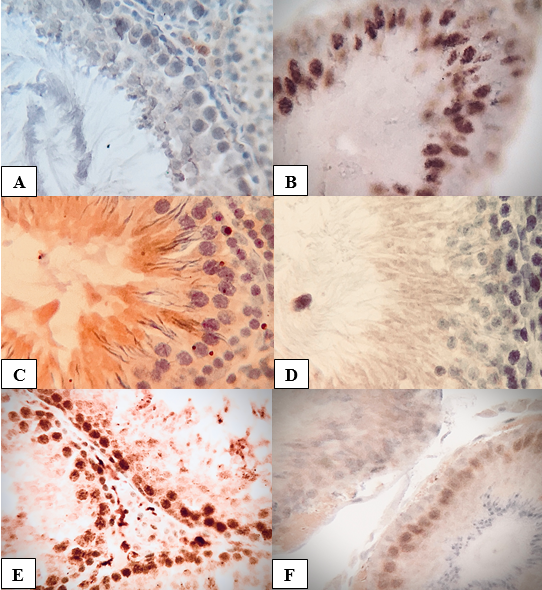 Table 4. Expression of immunohistohemical markers of the testicles in mature rats

According to the results of the non-parametric Fisher test, significant differences in the experimental and control groups were observed in the expression of a proliferation marker (Ki67), apoptosis marker (Bax), receptor of fibroblast growth factor (FGFR). When comparing the experimental groups with each other, significant differences were observed in the expression of apoptosis marker (Bax).

In our study, in the testicular tissue of newborn rat pups, we observed a decrease in the diameter of the tubules, and the area of ​​the parenchyma with increasing area of ​​the stroma and development of interstitial edema, caused by hypoxia of various geneses. The number of Leydig cells decreased in the tissues of the testicles of newborn rat pups only in the group of hemic hypoxia.
Our studies are consistent with the studies of a number of authors, in which dystrophic and necrobiotic changes in the spermatogenic tubular epithelium were noted, as well as sclerotic changes and a decrease in the number of Leydig cells under the influence of hypoxia [3, 8].

In the tissues of the testicles of mature rats, who underwent antenatal hypoxia, a decrease in the diameter of the tubules, a significant decrease in the spermatogenesis index and a decrease in the number of spermatogonia were observed, which is in full agreement with the results of studies by other authors on the effect of oxidative stress of various etiologies on the development of testicular dysfunction [3, 8, 9].

In our work, we observed damage to the spermatogenic epithelium in experimental groups of newborns and mature males, which was confirmed by pronounced expression of the apoptosis marker (Bax), weak expression of proliferation markers (Ki67) and receptor of fibroblast growth factor (FGFR).

In a previous work [4], at immunohistochemical study, we noted a decrease in the proliferative potential and an increase in the expression of the apoptosis marker in gonocytes, Sertoli and Leydig cells in the offspring of rats with normobaric hypoxia. In the present study, we observed this trend in adulthood as well. Hemic hypoxia caused effects similar to those caused by normobaric hypoxia, but the degree of damage to the spermatogenic epithelium was higher.

Based on the foregoing, it can be concluded that in animals with chronic hypohia of various origins the inhibition of spermatogenesis takes place, which is reliably confirmed by both generally accepted morphometric methods and specific immunohistochemical research methods. After antenatal hypoxia in the testes of mature individuals the generative dysfunction is detected, as evidenced by the decrease in expression of proliferation marker Ki67 and receptor of fibroblast growth factor, and an increase in expression of apoptosis marker Bax.